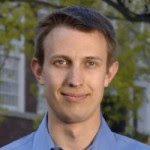 Mark has led the Institute’s research efforts on college sustainability initiatives including the creation of the College Sustainability Report Card leading the development and coordination of the Billion Dollar Green Challenge, an initiative that is encouraging colleges and other nonprofit institutions to invest a combined total of $1 billion into energy efficiency upgrades.

Since the Institute’s founding as a special project of Rockefeller Philanthropy Advisors in 2005, Mark has spoken at more than 80 colleges in over 30 states. Along with widespread coverage by campus newspapers, numerous reports on his work have appeared in the national and business press. Media coverage includes articles in CNN Money, Forbes, The New York Times and a profile in BusinessWeek.

As a member of the board of managers overseeing investments for New England Quaker Meetings, Mr. Orlowski is familiar with fiduciary responsibilities of endowment trustees. He also serves on the board of Proxy Democracy, a nonprofit organization dedicated to providing accessible proxy information.

A graduate of Williams College, Mr. Orlowski served on the college’s Advisory Committee on Shareholder Responsibility and chaired its Campus Environmental Advisory Committee. He also received an associate’s degree from Berkshire Community College and earned a master’s degree at Harvard University, where he studied nonprofit management.